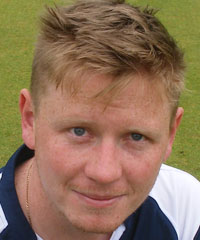 RT @ColneCricket: A final reminder about the T20 game which we are hosting at the Horsfield tomorrow evening @NelsonCricket The ‘Scuderi…@n3urton

Profile:
Nick joined us over the winter from local team Barrowford. A great addition to the club Nick, has brought some much needed batting depth to the second team and he also bowls some useful medium pace. An attacking right handed batsmen, Nick likes to get on top of the bowling attack and not let them settle. Nick has had limited first eleven opportunities to date but in time should develop into a capable first team batsmen. (CP, 2014)