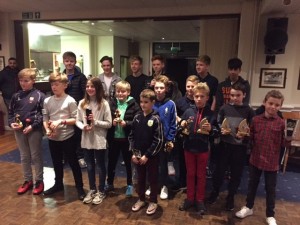 Following the awards, which were this year handed out by Club Chairman Dave Heap everyone ventured outside for the bonfire and fireworks.

Once again the club wish to thank all the children and parents for their continued support.