Nelson Cricket Club is saddened to announce the death on Saturday last of their former President, Colin Simmonds aged 83 years. Colin served as President between 1988 and 1997 and thereafter remained a keen supporter, in recent years being awarded Life Membership of the Club.

Colin was a Solicitor and worked as Town Clerk for Nelson Corporationand following local government reorganisation, he was appointed Town Clerk andChief Executive of Pendle Borough Council. It was during that period that hewas successful in negotiating the long term lease of the Club’s ground atSeedhill from the Council for a peppercorn rent, thereby securing the Club’sfuture.
Nelson Cricket Club extends its deepest sympathies to Colin’s widow, Kathand family. 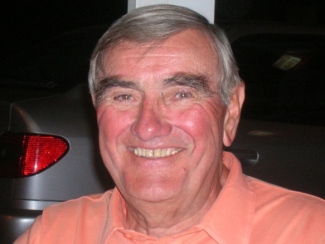